There is nothing like Fall in University City! The leaves turn, the air gets chilly, and there are so many things to do and see. Whether you enjoy sports, art, or music, this is the place to be! The “Shop Penn Playlist” is a snapshot of the top events being offered by institutions, organizations, and venues throughout the district this month.

They sing, they dance, and they know the names of all the tools—like the pokey one and the brushy thing. Join Eric Jaffe and Lili St. Queer on their first ever musical Museum tour, and you'll see historical objects in a brand new (very gay) light. Your drag queen hosts will guide you on an after-hours, interactive, walking tour of the galleries where local performers will delight with live musical theater and dance. 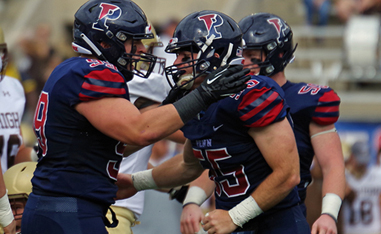 Football is back at historic Franklin Field! Come cheer on the Quakers as they face off against in-state foe Lehigh on October 9 and Ivy League rival Brown on October 30. Led by Ryan Cragun and Rory Starkery on offense and Brian O’Neill and Prince Emili on defense, Penn is in search of its record-tying  19th Ivy League crown in 2021. 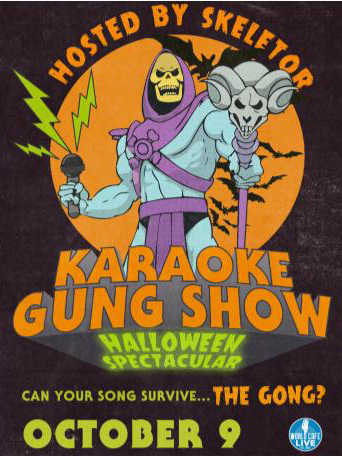 Time to dust off those go-to karaoke hits. The one-and-only Karaoke Gung Show is BACK! Get your costumes ready and head to The Lounge at World Café Live for the Halloween Spectacular. Sing your favorite songs, but be warned – Skeletor may gong you before you're through.

Paris to Berlin to New York: A Cabaret! – The Rotunda
October 16, October 17

Enjoy songs from Piaf, Dietrich, Sinatra, Mathis, et al at this cabaret presented by Touch of Classics. Dorothy Cardella and James Longacre, husband and wife duo, are recognized together by their company name: Touch of Classics. They have performed together in a variety of musical performances throughout the United States, and individually, they have performed in productions with companies such as Opera Delaware, Opera Company of Philadelphia, Arden Theater and Bristol Riverside Theater.

The Inaugural Penn Relays 5K presented by Toyota is a scenic, competitive run through Penn Park that will finish on the track of historic Franklin Field. The Penn Relays and the local Tri-State Toyota Dealers welcome runners of all levels, as the event will feature a 5K, a One-Mile Fun Run, and even a Virtual Run for those that cannot participate in person. After the race enjoy a post-event party on the infield of Franklin Field with an awards ceremony, food, beverages, music, giveaways, and more. Signups are open online. 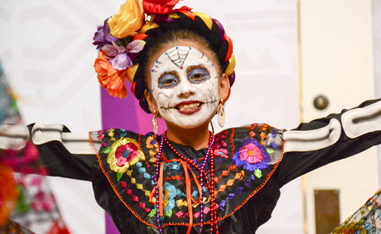 CultureFest! has returned to the Penn Museum for the first time in over a year! This full-day festival offers fun for the whole family, including an arts activity, altar competition, artisan market, dance and music performances, and an enormous traditional altar installation by local artist Cesar Viveros. Día de los Muertos, or Day of the Dead, is a lively holiday blending Indigenous Mexican beliefs and traditions with the Catholic celebrations of All Saints’ Day and All Souls’ Day.

World Café Live is teaming up with The Key to celebrate the anniversary of Wilco's sophomore record Being There, 25 years to the day after its release. Local favorites Joey Sweeney & The Neon Grease and The Tisburys will perform this essential alt-country album in full. The evening will be hosted by comedian Doogie Horner, with more special guests to be announced!

Opus Siniestrus, a play by the feminist surrealist Leonora Carrington and directed by Ricardo A. Bracho, concerns the outbreak of a virus that kills only women. Its protagonist, an old woman who carries with her at all times an ostrich egg, battles the patriarchy in the form of a Doctor, the Pope, Hitler, and Superman. Written in 1979, the play exemplifies Carrington’s environmental politics as well as her participation in the women’s liberation movement in Mexico City.