Happy New Year and welcome to 2023! The new year brings with it plenty of new things to do and see all throughout University City. Find out everything happening around the district with the latest edition of the “Shop Penn Playlist,” a snapshot of the top events being offered by institutions, organizations, and venues on and around campus all month.


Tommy Davidson’s exceptional range – from stand-up comedy and acting to versatile music accomplishments – have earned him a reputation as an extraordinary performer who delivers no matter the arena. Best known as one of the stars of the hit television show In Living Color, Davidson’s visibility has allowed him to become a household name known for his innovative talent. “Social Music Artist” Marcus H. Mitchell is not only an established saxophonist and pianist. He is also CEO and President of 24th Music a division of MHM Entertainment Group – a multifaceted entertainment company. What is “SOCIAL MUSIC”? Marcus’ music embodies a vast amount of eclectic nuances allowing him to explore his musicianship with no restrictions. 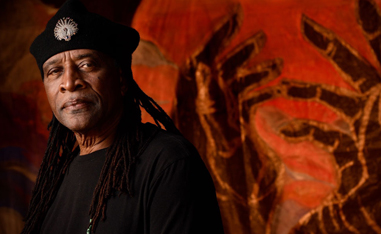 In partnership with internationally-renowned artist, composer, and educator Hannibal Lokumbe, the Penn Museum presents Stolen Legacy, a libretto and musical commentary on the removal of art from the African continent. This provocative piece responds to how, in Lokumbe’s own words, “the exchange of money for art created expressly for the spiritual maintenance of a tribe and/or nation can create a lasting physiological wound to the culture from which it was removed.” He adds that “nowhere is this more evident than in the case of African art.”

Dubbed "a civil rights legend" by The Guardian, George Lakey has been active in other movements as well: anti-apartheid, labor, anti-Vietnam war, LGBTQ, and climate justice.  He's led over 1500 trainings on five continents and taught at Penn, Swarthmore College, and the Martin Luther King School for Social Change.  He received the Paul Robeson Award and the Martin Luther King Peace Award.

Ivy League basketball gets underway in January with the Quakers playing host to rival Princeton, in a battle between the two preseason conference favorites, and Harvard at the historic Palestra. Penn enters conference play with a 7-7 record. Guard Jordan Dingle leads the Ivy League with 23.8 points per game while Clark Slajchert is third in scoring, averaging 18 points per game.

Voices in Power is a National Poetry Open Mic experience. This event is built around the culture and vibes of family, generosity, love, encouragement, passion, and of course – poetry while also highlighting local small business and visual artists. Turn up with our family on a Tuesday evening over some food and drinks. The Poet’s Pit will be hosted by either Mic Phillips or Jovan McKoy with music by DJ G33k.

The iconic Dance Theatre of Harlem returns to our stage with the world premiere of Blake Works IV (The Barre Project) by William Forsythe. This work is the latest in a continuously evolving series, The Barre Project, which originated digitally during the height of the pandemic when live performances weren’t possible. A sort of “love letter to dancers, to technique, to the possibilities of the ballet barre,” (Fjord Review) this new version was created specifically for Dance Theatre of Harlem, highlighting the diverse and formidable talents of this stunning company.

Johnny Shortcake is a funky kids band that celebrates silliness and friendship, teaches important life lessons, and feels like one big disco party. With irresistible songs such as “Cupcake Tuesday, “Brush Your Teeth,” and “Gigi’s whiskers,” the show truly celebrates childhood in a way that will have parents grooving and laughing along as well. Feel free to bring a bagful of clean, gently used clothes (2T thru 8), and take some home in return. Any left clothes will be donated to goodwill.

The Penn Museum is thrilled to present its annual Lunar New Year celebration, in partnership with the American Chinese Museum! Many communities recognize Lunar New Year, including those who identify with Chinese, Vietnamese, Korean, and Tibetan cultures. The holiday traditionally begins with the first new moon of the lunar calendar, and ends 15 days later on the first full moon. This festive holiday originated as a time to rest from farm work and be with loved ones. The diverse customs of Lunar New Year include feasting, exchanging gifts, lighting exquisite lanterns, and making offerings to gods and ancestors.

Circus and science collide in this poetic ode to the power of air. A smash hit back in 2019, Acrobuffos’ Air Play makes the ordinary seem extraordinary as audiences of all ages laugh and watch in awe. With knowing smiles and suitcases full of surprises, this comedic duo animates airflow, goads gravity and makes buoyant, beautiful and really, really high art out of the very thing we breathe.